Lightning is a powerful force, and can impact electronics (and other objects) in a variety of ways, depending on the proximity and intensity.  We have seen lighting cause visible damage to PV modules and inverters, damage modules in such a way as could only be discerned by infrared cameras, and damage inverters' internal electronics in ways that are difficult to visually identify.

When we consider the possibility of lightning damage, we review an inverter's production records and attempt to find an approximate time of failure.  Then, we check that time and location for lighting using an online archive of historic lighting strikes. If we find a clear correlation between the failure date and the presence of lightning in that location, we will conclude that the failure was the result of lightning.  We will always provide our customers with a screenshot of the lightning map as evidence.

You may find the following article useful if you're seeking a more detailed explanation on how lightning can damage electronics: https://www.randrmagonline.com/articles/88986-how-lighting-strikes-effect-consumer-devices

Our inverters contain a multitude of semiconductor components  - gates and switches in the IGBTs, capacitors, ECM filter, DSP board, etc - all unfortunately vulnerable to the power of Mother Nature.

Below are some examples of not-so-obvious lightning damage from past service tickets:

Inverter lost communications during a thunderstorm, but was still generating electricity. Solis provided a communications card to swap in and see if the inverter would resume communications. Unfortunately, it did not--other non-replaceable components must have been damaged as well. 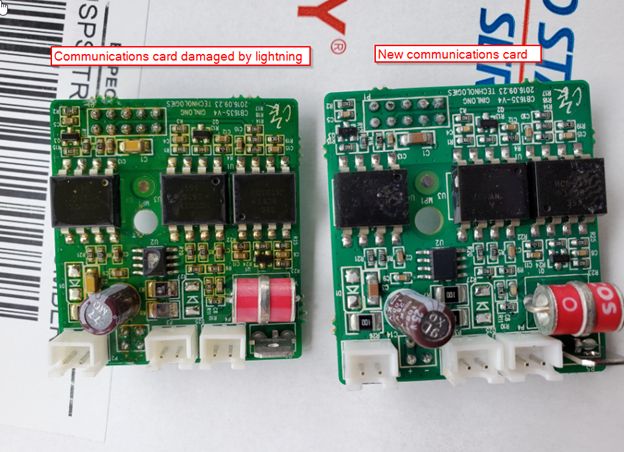 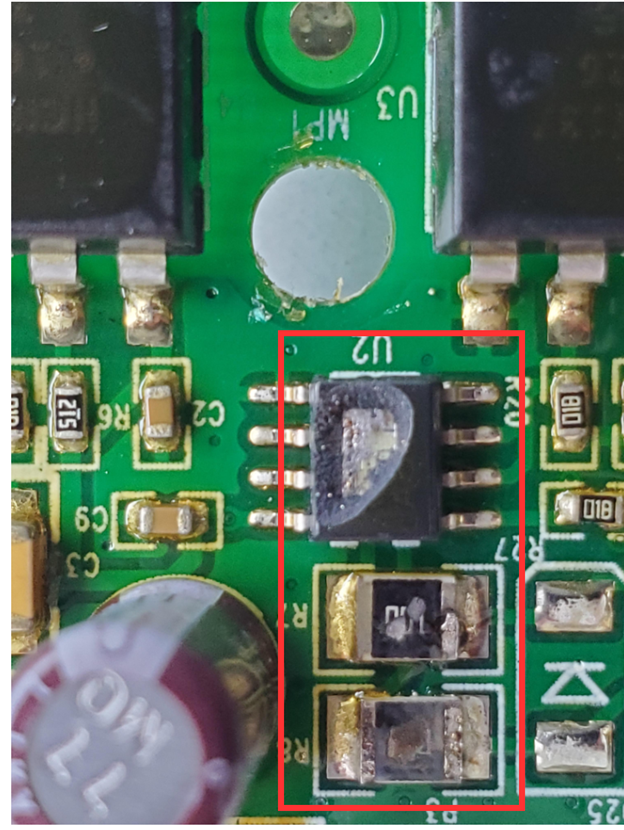 We have seen multiple occasions when a surge along the RS485 communication lines have resulted in damage to the DSP board and associated components.  When this happens, the inverter will not generate electricity, and although the screen will power on, the inverter will not display any voltages, and the grid standard will have changed to a non-US standard called G59/3 and cannot be changed back to a US grid standard.  The inverter's firmware version will have had the DSP wiped, such that the inverter displays "Model: 00, Software Version: __0000." The HMI version is the first two digits of the software version, and this is always retained. (In the photo below, the HMI version is "37".)

When this type of damage occurs, sometimes a DSP board replacement is able to resolve it, but other times, it does not. Other components must have been damaged as well.  It is impossible to know if a DSP board replacement will work ahead of time. If the DSP board isn't damaged, but the surge had the effect of only wiping the software from the board, it may be possible to re-flash the firmware and restore the inverter, but it is rare to be this lucky.

(NOTE: Damage to DSP boards can also be caused by egregiously miswiring the RS485 wiring and/or connecting it directly to a router, and accidentally touching RS485 lines to hot DC or AC conductors!)